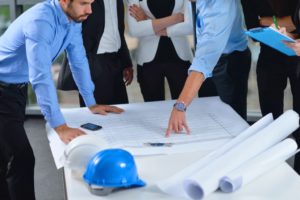 ARESCA’s mission is to provide cost-efficient, timely, and clear administrative functions for our members comprising the US Renewable Energy Standards community.  Administrative functions may include Secretariat duties and standards development organization (SDO) functions.   The goal is to make participant’s involvement in the standards development and simple easy while facilitating harmonization with international organizations such as International Electrical -Technical Commission (IEC).  Various US Renewables Standards Development Organizations for Specific Energy Sectors (ie: Wind, Solar PV, Marine Energy.) will be supported.

Throughout industrial development, the development of standards, certifications, and harmonization between countries has fostered economic development, increased employment, increased product reliability and enhanced society.  For example, the boiler and electrical equipment standards and certification developed decades ago reduced explosions and provided highly reliable equipment that forms today’s power supply system.  ARESCA intends to foster this effort in the world of Renewable Energy, for tomorrow’s power supply.

Standards are developed by consensus among volunteers and adopted by national and international organizations, equipment manufacturers, investment organizations, developers, and owners.  At times, the coordination of the standards development efforts can be less than optimal, which slows the process and frustrates the volunteers.  The ARESCA Board of Directors and founders have all been deeply involved in development of wind turbine, solar PV and marine energy design, testing, and certification standards.  Having lived with these frustrations for more than 20 years has provided the impetus to found ARESCA.

In the renewable energy world there is no central organization to provide administrative and secretarial support for standards development. This is in part due to the international nature of renewable development as well as the design of the equipment that spans mechanical, electrical, and civil design disciplines. Consequently renewable energy standards efforts are not served by traditional engineering societies that are focused on a particular engineering disciple ie: ASME or IEEE, ASCE.  Other industry or trade organizations in the renewable sector have focused primarily on the commercial aspects with a heavy focus on industry conferences and lobbying.   ARESCA expects to fill this void.

The faster standards can be developed and adopted by manufacturers, investment organizations, developers, and owners, the lower the cost of renewable energy, and the more expeditious the movement to a cleaner and sustainable tomorrow.